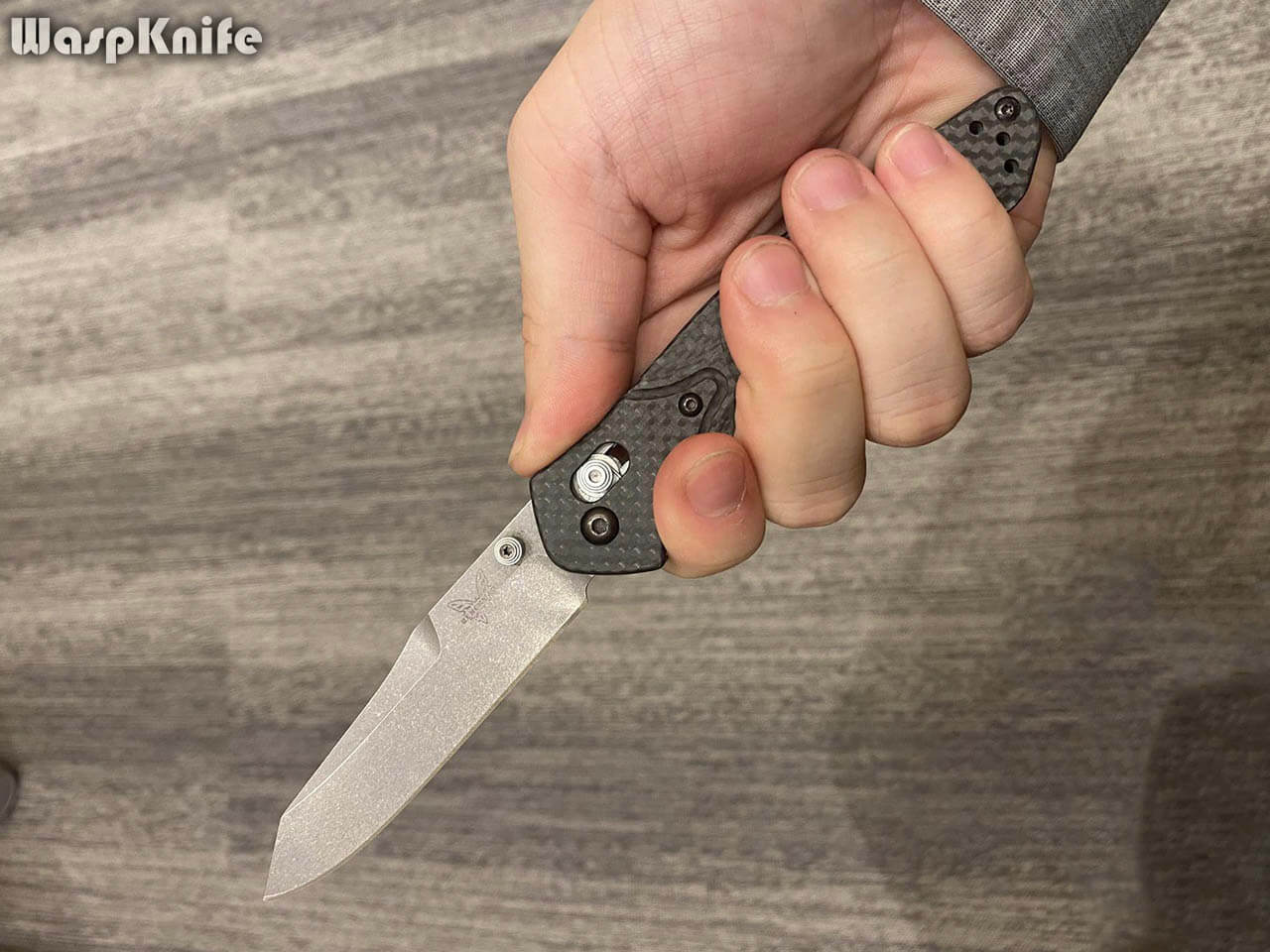 The Benchmade 940 Osborne series is a classic design that is used by millions and has withstood the test of time. With Benchmade’s lifetime warranty there’s a chance this knife will outlast many of its owners. You are probably reading this article because you have heard so much hype surrounding its reputation and reliability.

Its designer and creator, Warren Osborne, wanted to design a knife that could find the balance between a well capable folding knife, while also maintaining a classy and “gentlemanly” profile.

Now, after twenty years since it was first introduced, you’d be hard-pressed to find anyone who is remotely into knives and has not heard of this famous design.

Most normal people can only buy one knife and want to make sure they make the right choice or otherwise risk wasting their hard-earned cash. This review will break down each aspect of the Benchmade 940 series and will help you ultimately decide for yourself.

First is the most important part of the knife, the blade(flat grind, not hollow). The 940 has a unique blade shape that not many other knives have called the reverse tanto blade.

This reverse tanto blade shape can be found on the Benchmade 940’s two other brothers (the Contego and Rift.)

Like the knife design as a whole, it finds the perfect balance between two extremes: cutting and piercing.

The shape of the blade’s curvature makes it plenty capable of performing any everyday cutting task, but the concentrated tip on the end of the knife proves it can also easily pierce objects should the need arise. It may not be your “go-to” blade if you require only one or the other, although, this knife can well hold its own regarding both tasks. Not to mention if it ever gets dull Benchmade’s lifesharp program will sharpen your knife for free.

The steel, depending on which version of the knife you buy will be one of two choices (disregarding limited editions)—S30V and S90V.

S30V steel has become Benchmade’s main steel choice as well as the benchmark for high-quality EDC knives. The S30V steel is mostly known for its edge retention, high corrosion resistance, and also being fairly easy to sharpen after much use. This steel is found in both the classic 940 as well as the 940-2 in design with a satin finish.

S90V, labeled a “premium steel,” is known specifically for its amazing edge retention although it can be difficult to sharpen. This steel is used for the 940-1 model and comes in a “stonewash” finish.

The 940’s handle will vary based on the model you buy and there are pros and cons to each.

The classic 940 sports a green anodized aluminum handle with a purple titanium backspacer. This material is very durable, with the cost of scuff and scratches showing up easily over time and continued use.

Another common complaint about the handle is the “chalky” feel of the aluminum in your hand during use. However, the chalky feeling goes away with enough use/time and if you enjoy “battle scars” as some call them, this would be the model for you.

The 940-2 swaps out the anodized aluminum handle in place of black G10 handle scales and green barrel spacers instead of one solid backspacer.

G10 is a material that hides scuffs well but sacrifices some durability, still being plenty tough just not as tough as the aluminum variant. The bright green barrel spacers allow for an open back design which makes cleaning inevitable pocket lint amongst other things very easy, especially if you have condensed air. The only downside to G10 is occasionally on hot/humid days, the handle can be slick.

The 940-1 has the most premium handle materials of the three models with a handle of carbon fiber and bright blue barrel spacers. The carbon fiber allows for great durability as well as grip without being too aggressive. The backspacers like the 940-1 allow for an open back design which make a quick cleaning go by in seconds.

I will be honest, when I first saw the 940 series, I thought it looked nothing but awkward and ugly.

“This is the knife everyone raves about?” I thought to myself.

Being that I had never seen a reverse tanto blade and wasn’t nearly as deep into the knife world as I am now I did not pay much attention to it beyond first glance.

Although over time the more I looked at it, it slowly drew me in to the point of buying one for myself.

I first bought a 940-2 and right out of the box, I loved it immediately.

The slim ergonomics felt great in the palm of my hand while not being too bulky or overbearing.

The profile of the knife also makes it hardly noticeable when putting it in your pocket, while it remains ready for use at any time.

Regardless of handle material, the knife’s slim design allows for anyone‘s hand to easily wrap around it and provide a stable grip for light or heavy use.

One thing great about the knife deployment and lockup is the accessibility to both right and left-handed users.

The 940 series uses Benchmade’s famous AXIS lock. An AXIS lock is more specifically a lock bar in the top of the handle that stops the blade from closing as opposed to a traditional back lock, stainless steel liner lock, frame lock, etc. This allows you to open and close the knife without putting your fingers in the path of the blade which is a personal plus for many.

Deployment of the knife is mainly done by the dual thumb studs on either side of the blade and opened manually. Although as time goes on, you’ll find many owners simply pull down the axis lock and let centripetal force do the rest with a flick of the wrist.

The AXIS lock is as stable as they come and with a solid metal bar stopping the blade from closing. There shouldn’t be any worry about the knife closing up on you be it light or heavy use.

The 940 is definitely unique in terms of design and aesthetics and customization ability.

The profile and shape of the blade are well known specifically for that reason. Adding on the nontraditional AXIS lock, this knife has stood out even amongst Benchmade designs.

For the handle and blade finish once again it will depend on the specific variant you get. It will range from green aluminum on the classic 940. Black G10 on the 940-2 and a checkered black and grey on the 940-1.

The 940 series comes with the standard Benchmade pocket clip. It also has pocket clip mounts on both sides of the blade for right and left-handed carry.

Unfortunately, the knife does not have a tip-down carry option so some may be out of luck there. As for the clip itself, it is not anything special in particular, but definitely gets the job done.

All the clips mentioned can be found and purchased on Benchmade’s website with a few easy clicks. The 940 is also compatible with the “split arrow” pocket clip Benchmade also offers if that is what you prefer as well.

As mentioned before, Benchmade offers three main variants when it comes to the 940.

There have been sprint runs of this knife as well as other exclusives, not to mention various customizations people have done, but these are the main three options when looking into buying this knife.

There are definitely some aftermarket customizations people do to their 940’s to make them more their own.

Some people have re-anodized their aluminum scales, RIT dyed their G10 scales, or have gone as far as completely buying a new set of scales from companies like Flytanium or Rogue Blade Works.

Not to mention the varying sets of hardware (screws and backspacers) people can buy or swapping blades between theirs and other variants.

There is no shortage of options when considering the initial variants and aftermarket customizations. You can truly make a 940 your own

As listed before, there are some key differences between the main variants of the 940 you’d want to consider before finally biting the bullet and buying one.

The classic Benchmade 940 is the original model introduced 20 years ago with the anodized aluminum and purple backspacer. This is the “tried and true” model of the 940 many were first introduced to.

The Benchmade 940-2, otherwise known as the “cheaper” model because it swaps out the aluminum handle for G10 is less costly but still a very durable material.

The Benchmade 940-1 is the most premium option in the group. With S90V steel blade and a carbon fiber handle, you may pay more money, but when put to the test, it will earn its keep.

What are the Alternatives to Benchmade 940?

Since the 710 has been discontinued, many have moved over to the 940 as it checks off a lot of boxes the 710 does. If you manage to find a 710 and like a longer/bigger knife, that may be your better choice. Otherwise, the 940 can be just as good, just not as big.

The Griptilian is another well-known Benchmade knife both known for its reliability and versatility. The Griptilian was most likely many people’s first Benchmade if not their first knife in general.

The Griptilian can definitely be a workhorse knife, but many people including myself have bought a 940 because the materials in any variant feel better in the hand and the slimmer profile makes it easier to carry. It sacrifices a little bit of strength but is overall much easier to carry.

Another knife widely considered on the Mt. Rushmore of EDC folders, the Paramilitary 2 (PM2) offers many advantages of the Griptilian. Again, the PM2 is considered a tad more durable than the 940 but at the cost of more bulk. If your main goal is to have a complete beater of a knife and size doesn’t matter to you, the PM2 may be your knife.

If you are looking for a more gentleman’s knife that can still put in the work, stick with the 940.

Since its introduction in 2017, the Bugout has been praised as the ultimate lightweight EDC knife. Good for EDC but not necessarily hard use, the Bugout is a great light carry knife that you may like for backpacking, hiking, or if you want a knife to completely disappear in your pocket.

Although many prefer the 940 because it is lightweight, the 940 does not feel cheap which is a big complaint the Bugout faces.

The Benchmade 940 may not be the greatest at any particular task, but it’s great at everything you would want to do with it.

For some, they only want one knife, and that to be the end of it. If I was forced to keep only one of my knives, this would definitely be in the running. The design can look a bit awkward for some but once it gets into the hands, most people become believers.

This knife has been around for over 20 years and has had many variations and it is for good reason. Many believe this knife to be on the Mt.Rushmore of EDC’s with some declaring it the GOAT.

Regardless of which camp you fall in, the 940 earns its keep and has guaranteed reliability 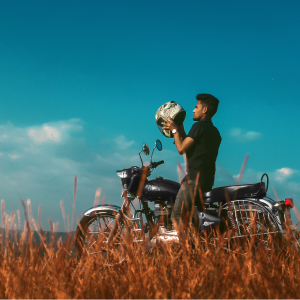 Hi, I’m Jon and I’m an author at WaspKnife.com At WaspKnife, I aim to deliver the latest and greatest of the knife world to my audience, along with my experience, reviews, and tips. Every product is independently selected upon obsessive research. Things you buy through our links may earn us a commission at no additional cost to you. I hope my article will help you.

Try Prime Free To Support Us 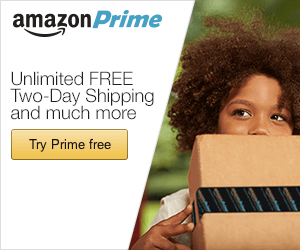 WaspKnife is a Knife Journal documenting reviews of the common man.
We bring raw experiences and opinions of every day knife users without our personal bias.
We aim to deliver the latest and greatest of the knife world to our audience, along with my experience, reviews and tips.